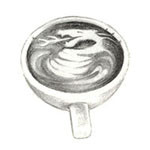 They’re on time for their reservations, but it’s a Saturday night in the village so everything’s running behind. They get seats at the bar, though, and his mom orders a bottle of champagne and slides him a glass with a wink, proposing a toast to “the first of many lead roles” and Blaine smiles through it, nods in acknowledgement and thanks. He isn’t sure if he’s reading too much into it, if years of conditioning have made him assume the worst and maybe his mom doesn’t mean it that way, but he hears the unspoken “This only means something if you keep getting leads,” the conditional support.

He asks what they thought of the show, all but blatantly asking them to compliment him. He’s been raised to not rely on their encouragement and praise, but that doesn’t mean he doesn’t crave it sometimes. It’s been a long few weeks, he just wants his mom to tell him he was perfect.

His parents talk about the girls who played Tracy and Penny. About how good the man playing Edna was, although they’re still glad that wasn’t Blaine. Hell, they talk about the pit orchestra before he finally tunes them out, sipping his champagne. Maybe they know he’s fishing and are trying to discourage it, or maybe they just assume he knows that they enjoyed his performance.

They’re talking about the theater itself when the hostess comes to take them to the table, leaving them with menus and the promise that the waiter will be there soon. Blaine spaces out again as soon as she leaves.

He thinks about going back to Jitters on Monday and remembers Santana’s ridiculous comment about Kurt riding a unicorn back to Narnia. It’s such a ridiculous image that he almost laughs right there at the table. Kurt could be Prince Caspian, though; he’s always seemed a little otherworldly.

~~~
Maybe that’s why he disappeared. He was only here doing reconnaissance, or maybe he was in hiding; assassination attempts on princes aren’t rare, after all, and as the only heir to the throne he had to be kept safe. Maybe he had a nanny of his own, someone who dabbled in dark magic and sent him through an enchanted mirror or down a well or however inter-realm magical travel works nowadays, sent him here to keep him safe while the looming danger was dealt with.

But the people need their prince, of course, especially one so beloved as Kurt. So once the threat was dispatched they’d sent word and he’d had to go immediately; his window of travel was short and he’d hated to leave Blaine, and he’d promised himself that he’d be back as soon as he could.

He doesn’t ride a unicorn, though; that much is obvious when Blaine hears the booming thump on the street and the shocked gasps and screams of pedestrians. Blaine can’t see more than a shadow when he peers through the front window of the restaurant, but then there’s a pale figure seemingly falling from the sky and one large eye blinking closed as Kurt pats what is presumably the creature’s head before he walks through the front door.

He seems to know where Blaine is without having to ask, his sword clanging off of chairs as he weaves his way through the crowded tables, and within a few moments he’s standing at the table, staring down at Blaine and biting his lip for what feels like an eternity.

“I’m sorry,” they both say, laughing breathlessly and waving each other off.

“I have a lot to explain,” Kurt gestures to his clothes, and he was always dressed so regally before that Blaine hadn’t even noticed the difference, and then to the door and whatever it is that’s waiting outside. “But I couldn’t say goodbye to you. I know it’s a lot to ask, but, come with me?”

“Anywhere,” Blaine answers without hesitation, taking Kurt’s outstretched hand. He doesn’t bother saying goodbye to his parents, who are both staring dumbstruck at this beautiful boy who has come to steal their son away, just follows Kurt back through the now silent restaurant, through the front door, and out to...

“...Yep,” Kurt giggles nervously, and Blaine figures he said that out loud. “It’s kind of...standard, for long trips. Safest way to fly, I don’t know how you manage to get into those metal death traps.”

“I promise I will explain everything, anything you want. But I don’t have much time. I have to go back, and you have to decide if...if you want to come with me.”

“To my home,” Kurt explains. “It’s lovely, not much different from this world, really. More ceremonial robes,” he raises a pleased eyebrow. “Dragons, obviously. You’d like it.”

“Will I be able to come back?”

“No,” Kurt says softly, reaching out to trace his fingers across the back of Blaine’s hand. “It’s becoming too dangerous to travel between the lands. It would be permanent.” He hoists himself onto the dragon’s back, pats its head as he looks down at Blaine, waiting.

Screw it. Blaine never does anything but try to control everything and avoid the unknown, and that hasn’t exactly worked out for him. Maybe it’s time to try the unknown. And It doesn’t get more unknown than this.

“What if I fall off?” he asks, and Kurt laughs, high and clear, reaching a hand down to him.

Blaine nods and takes his hand, and when Kurt pulls him up they’re suddenly so close, Blaine’s chest pressed to Kurt’s back, hands going immediately to his waist. Then Kurt turns his head and smiles and he’s even closer, Blaine can feel each exhale across his own lips. He could lean forward, just the smallest amount, and they would be--
~~~

“Welcome to Vous, my name is Kurt and I’ll be your--,” a bored but familiar voice rings out above him, and Blaine looks up at the same moment Kurt looks down, his introduction dying on his lips.

A hundred things race to the tip of Blaine’s tongue. It’s you. You’re here. This has to be a sign. I’m so glad it’s you.

In retrospect, this is possibly the worst thing Blaine could’ve said, as is confirmed by the fact that Kurt’s jaw drops and he makes a beeline for the kitchen. Blaine has no problem with waiters, hell, he spends most mornings serving coffee. To Kurt. It’s just that he was in the middle of preparing to kiss Prince Kurt on the back of a dragon and was pulled into reality by Actual Kurt in the middle of a restaurant, with no dragons in sight, and it was a bit of a shock to his system.

As predicted, the second he talked to Kurt he made it worse.

“Blaine, dear, that was very rude,” his mom says, giving him an unimpressed glance. “Don’t you wear a rather garish polo every day for grocery money?”

“I didn’t - I - I,” Blaine stutters, but she’s already back to talking to his dad about something they saw at the museum today. Their chatter joins the cacophony of the busy restaurant, everything buzzing in his ears. He unravels his bowtie and unbuttons his collar as he feels sweat beading at his hairline. Kurt is a waiter. He is not a seductive stranger or a spy or a world famous designer and there are no dragons in sight. He giggles at the thought of a dragon on the sidewalk, leash tied to a lamppost. His mom pauses her monologue for a moment to look at him and he laughs again, a sharp, high sound that he fails to prevent by clapping a hand over his mouth.

He’s very possibly about to have a nervous breakdown in the middle of the restaurant and his mom is talking about pointillism.

No matter what Blaine does, it backfires. He literally cannot make things worse than they are.

But maybe he can make them better.

He’s halfway to the kitchen before he makes the conscious decision to move, ignoring his mom’s confused questioning and the waitstaff’s more frantic, stern warnings that he can’t go in there, sir. He starts calling Kurt’s name as he carefully pushes the door open (he might be storming, but he doesn’t want to ruin anyone else’s night by spilling food on them, they all work hard) and is met with the surprised faces of half a dozen line cooks.

“Kurt!” he calls again, standing on his toes and craning his neck to try to peek around corners. “Kurt, I’ve already made an ass of myself, I’m not leaving until you talk to me!” Everyone stays silent, still just looking at him, and he’s about to give up when a door to his left bangs open and Kurt leans in.

“Just get out here and let these people do their jobs,” he hisses, and Blaine tries to give an apologetic nod as he jogs toward the door.

He finds himself in an alley, face to face with Kurt, whose eyes are narrowed, arms crossed over his chest and shoulders hunched away from the wall he’s leaning against. Blaine realizes he hasn’t thought about what he would say when he actually got to Kurt, but then again, thinking about what to say hasn’t really worked out for him thus far, has it?

“My name is Blaine,” he starts. “I’m 20 and a sophomore in Tisch at NYU. I live with my best friend Tina and when I get drunk I am really unobservant and apparently blind. I’m not very good at dealing with guys and I am paranoid about screwing up to the point of social incapacitation and I have had a crush on you since the first day you came into Jitters but instead of talking to you I decided you were a spy and a famous designer and, as recently as ten minutes ago, a dragon-riding prince from another dimension. I completely understand if you never want to talk to me again but I couldn’t let you get away without telling you that I think you’re smart and witty and talented and the most beautiful man I’ve ever seen.” He’s breathing like he just ran a marathon and holds out his hand, awkward in light of his impassioned speech.

Kurt stares at him, eyes wide, for just long enough that Blaine glances to the nearby manhole cover and wonders if he could summon the strength needed to lift it. He could start a new life in the sewers of Manhattan. It has worked for many supervillains.

Then Kurt takes his hand, shakes it gently, and Blaine exhales in relief. He can see that the anger and hurt has melted from Kurt’s face, replaced by a small smile that makes Blaine’s stomach swoop.

“Kurt Hummel,” he says. “Also 20. I’m a junior at Parsons, and one day I will be a famous designer, but for now I’m interning for arguably the biggest diva in the city and waiting tables to support my admittedly out of control shopping habit. Other than a few forays into glee club espionage I have no spy skills to speak of, and definitely no royal blood or fire-breathing pets. I’m sorry if any of that disappoints you, but if it’s any consolation, I’ve had a crush on you since the first day I came into Jitters, too.”

It takes Blaine’s brain a minute to process, to take in Kurt’s smile and the fact that he’s still holding his hand and that he said he has a crush on him but when he does he grins so quickly that he’s pretty sure he’s pulled something, and squeezes Kurt’s hand.

“Please tell me you’ll go out with me tomorrow night?” Blaine asks, breath stopping in his chest and then whooshing out all at once when Kurt answers.